Welcome to Ambiance Congo!
This Sunday, I was spinning a bunch of older music again, the music that intices you to move, the stuff that dance is made of. On this program, we hear from Joly Mubiala, Pepe Kalle, Choc Stars, Afrizam and more.
Here are the covers of a few of the LPs and CDs sampled this afternoon. 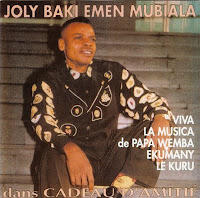 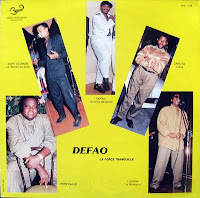 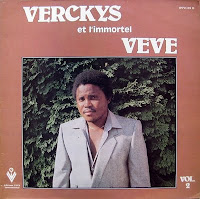 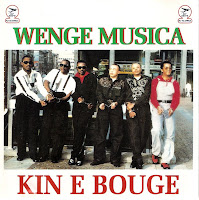 Here are a few shots from the first of three concerts. 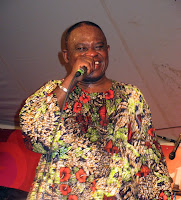 Samba was in fine form and he and and his band were very well received!
Samba was joined on stage by a well-chosen group of talented musicians, most of whom are Congolese or East Africans who now reside here in the Mid-Atlantic states. 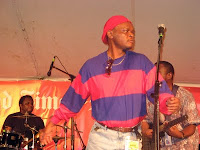 Misha Mfum (ex - Empire Bakuba).
Misha has a strong voice and a stage presence that rivals just about anyone.
He tells me that he'd like to reissue his solo album Empire Ambiance. Personally, I think he has the talent to consider making an album of new material. 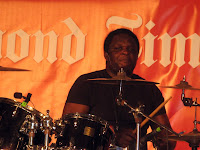 Getry Mavambu (ex - Afrisa).
This veteran drummer lays it DOWN, keeping the beat with astonishing variety and flair.

"Nabtry Dancers" Francine and Grace.
While Francine's ambitions are for a singing career in another genre of music, Grace Haukwa is a talented, joyful and enthusiastic dancer. I'm willing to wager that she could perform with just about any Congolese or Kenyan band. She certainly knows the steps and the moves! 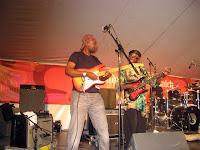 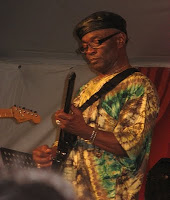 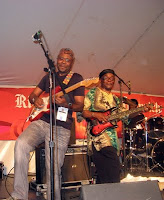 I had never heard John play before, but I guess I have missed out!
Wow! The man is GOOD! I think that he and Misha Mfum should consider
that album of new material...I'd buy it in a heartbeat.

Welcome to Ambiance Congo!
If you live here in Richmond or you can get to Richmond for Folk Fest http://www.richmondfolkfestival.org/docs/event_schedule.html you will be treated to three performances by Samba Mapangala and Orchestra Virunga.
Samba Mapangala was born in Matadi, Congo and began his musical career in Kinshasa. On tour in the eastern part of the country in the mid-70s, Samba and others from the group Orchestre Saka Saka left to begin work in Uganda as Les Kinois or, roughly, "The Kinshasa Guys". In 1977, they moved to Nairobi, Kenya and in 1981 started Orchestra Virunga. It was at that time that Samba and his band recorded the album that has gained and kept international attention, IT'S DISCO TIME WITH SAMBA MAPANGALA & ORCH VIRUNGA (aka MALAKO DISCO). This set of songs was reissued on the Earthworks label as VIRUNGA VOLCANO, an album listed as one of the 100 "must-have world music releases" of all time.
We start the program today with a track from Samba Mapangala and Virunga's new LIVE ON TOUR release, a song by Les Kinois and one from MALAKO. After that, we talk a bit with Samba on the phone and we are honored to be able to premiere a new song of his.
The second hour of the program features more songs from Congolese musicians and groups who made their mark in Kenya - Baba Gaston, Les Noirs, Les Mangelepa, Orchestra Viva Makale, Super Mazembe and more.
Here are a few of the album covers from today's program. 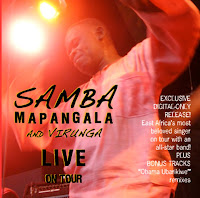 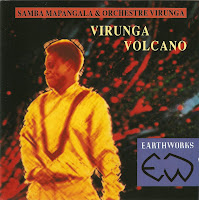 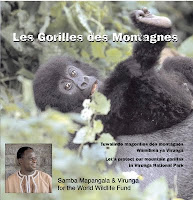 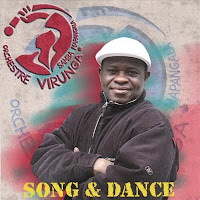