Dona Mobeti's new CD, CHERIE KADETTI, is one that I am enjoying a lot right now. 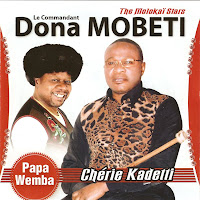 The new songs and remakes on the album, recorded with Papa Wemba and Nyboma on vocals, features a nice guitar sebenes by Diblo Dibala and Beniko Popolipo.
The title track is one of the remakes that really stands out for me. Although it is a remake, it has its own modern flavor and character. That does not mean it is full of mabanga! The animations are very well done and add to the danceability of the sebene.
This song was recorded by Dona Mobeti on a number of other occasions.
I include two others here for your comparison and enjoyment.
Song 01 in the set, which you may download from the link posted below, is the original recorded with his Orchestre Cavacha. I've pieced it together here from the two sides of the 45RPM single. 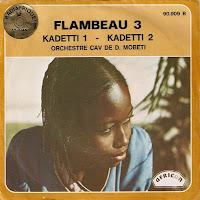 This song is from the 1970s and has all the charm and complexity you would expect of real Congolese classic.
Song 02 is from the late 1980s or early 1990s - I don't remember exactly- and again reflects the music of its era. There is a hint of disco-era influence as well as strong reflexions of the European Congo/soukous music scene on this one. 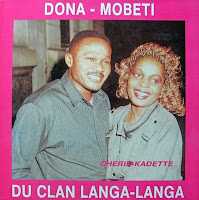 A real high point of this album is the guitar work provided by Roxy Tshipaka and Master Mwana Congo. Vocals are by Dona Mobeti, Yenga Yenga Junior and Abia Odette.
Download here:
https://www.yousendit.com/download/WnBTcmxTVnN0d0VLSkE9PQ
Which of the three is your favorite?
Posted by DJ Daudi at 12:20 AM 1 comment:

Welcome to Ambiance Congo! Be sure that your volume is adjusted to the "high" position as we bring you two hours of classic and new Congolese music. Mixed into this edition's track list you'll hear a number of wonderful tracks that you'd be hard-pressed to find on CD. "Toujours le Meilleur"!
Here are a few covers from albums and CDs featured on this program. 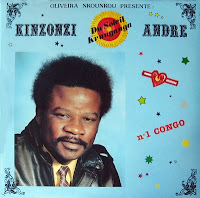 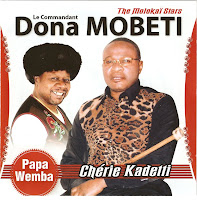 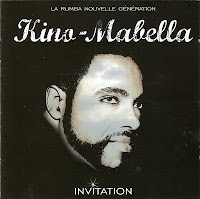 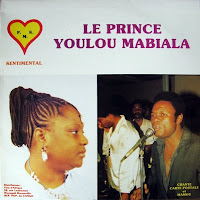 There has been a lot of talk about the style and quality of Congolese music released during 2008. A lot of that talk has been pretty negative, but I submit here that there were some very good CDs released despite all the flap. In the recent past, Congolese artists seemed to race to release great new CDs at year's end. The sense of competition for placing on Top 10 lists seemed really great. That phenomenon did not manifest itself this past year at all! Even with the general opinion that there were a lot of less-than-stellar releases, on many CDs there were a number of really good songs. Hopefully you will hear something in this program that will make you smile!
A lot of the disappointment with new music has turned many heads back toward older music. Today's show started with some requests for older music, a few requests from last year that I was not able to fill.

Enjoy!
Here is a link to download the program:
https://www.yousendit.com/download/WnBSckhYT2IzMWxMWEE9PQ